The reciting of vows, the exchange of rings, the nuptial blessing: the Catholic rite of marriage centers around well-structured passages of a sacramental nature. When Frederik Croene was asked to rethink the musical settings for a wedding mass of a couple of friends, he got intrigued by the challenge of playing the Van Peteghem organ at St. Peter’s Church in Gent. The family of its creator Pierre Van Peteghem was famous in the Romantic period for their exquisite organ constructions.

It was not the first time Croene made improper use of traditional instruments: for his album Le Piano Démécanisée (AudioMER, 2010) he turned to the frame of a piano, navigating between the classical repertoire and radical deconstruction of the musical idiom. With Timo Van Luijk (aka Af Ursin) he released Voile au Vent (La Scie Dorée, 2009), creating a haunted cosmos of classical instruments pushed to the edge. Impressed by Croene’s exploration of the Van Peteghem organ, B.A.A.D.M. invited him to return to this massive instrument for a recording of his battle with the registers of pipes and pedals. F.C. Me Fecit is the result of hours of variations high up in the organ loft of the St. Peter’s Church. Recorded during stormy weather, this album reflects the different moods instilled by the idea of an eternal alliance between people. Alternately connecting and disconnecting with the organ, Croene’s polluted chords unfold a world of archaic aesthetics and romantic ambiguity. In the split universe of both album sides of F.C. Me Fecit (a deliberate wink to artistic mastery), Croene tames the organ and puts you under its spell. 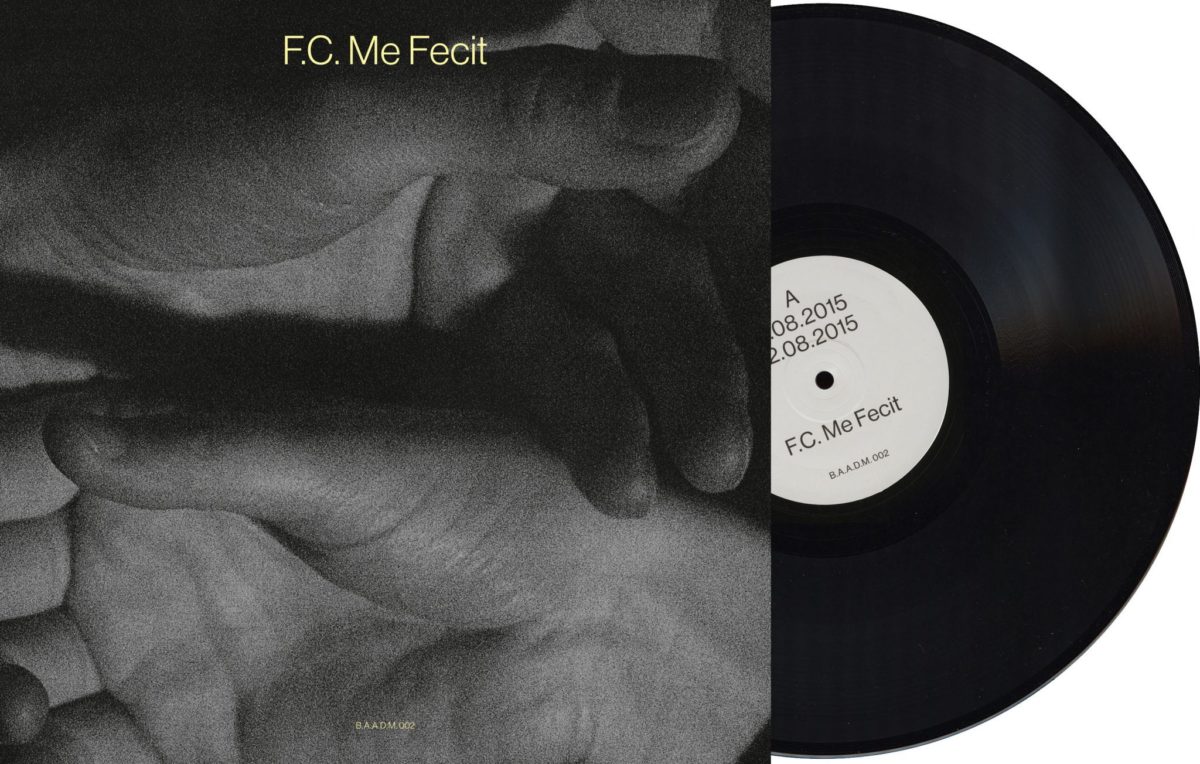