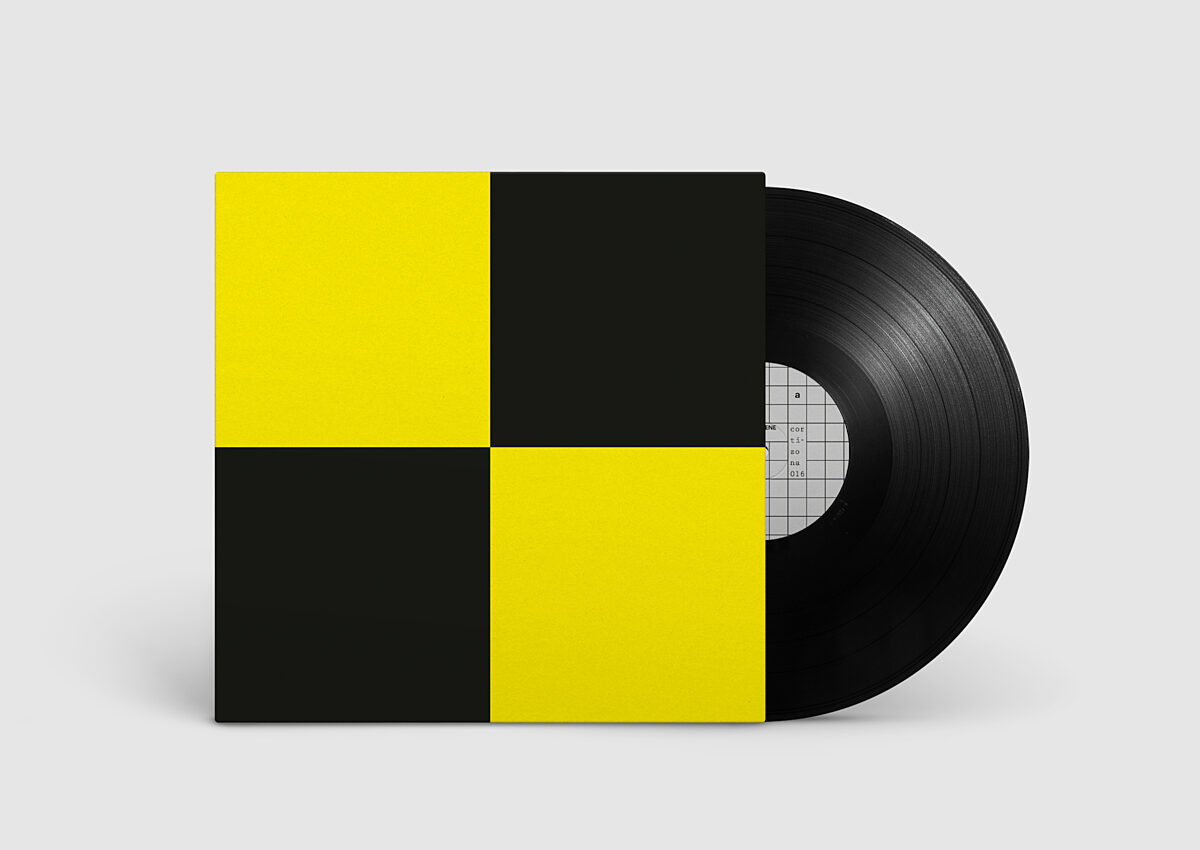 Vessels promise an escape from responsibilities towards the landscape, they facilitate our avoidance of conscientiously feeling our attachment to the mainland. The visual nothingness of deep water and clean horizons fools the brain and delivers a treacherous feeling of independence.

We ignore the truths expressed by landscapes, so we mould them into urban projects for our strange desires. We clean up the irrationalities by which nature constructs itself. Then we look up to the skies, where the abstractions we have to draw in our minds should reside and inspire us.

We peer into the various shades of blue above the waters, the emptiness guarantees possibilities of our abstractions becoming realities. The apathetic stare into neat, straight horizons transforms our ancestral landscape into dirt and danger, when looking back to it.

To be on a ship under quarantine is an upside down experience, for the promised escape has turned into a forced paralysis. The Lima flag (• — • •, in morse code), presented on the outer sleeve of this record, indirectly demands of all passengers to stay aboard and contemplate their escape from the land they now desire to return to.

These four piano pieces could be considered as a classical sonata (allegro-adagio-scherzo-rondo). In a recital they are accompanied by four video pieces by artist Karl Van Welden. We picked the videos out of his extensive archive, choosing images intuitively while listening to the piano music. The theme of ships relating to quarantine thus came unannounced but of course, we were in the middle of the pandemic at the time.

Solastalgia was already waiting as a title for the new album before march 2020. I first came across the word in ‘Underland’, a book by Robert Macfarlane (2019). He defines the word as “The unhappiness of people whose landscapes are being transformed about them by forces beyond their control”. These forces and this unhappiness are, I believe, what constitutes the modern human. 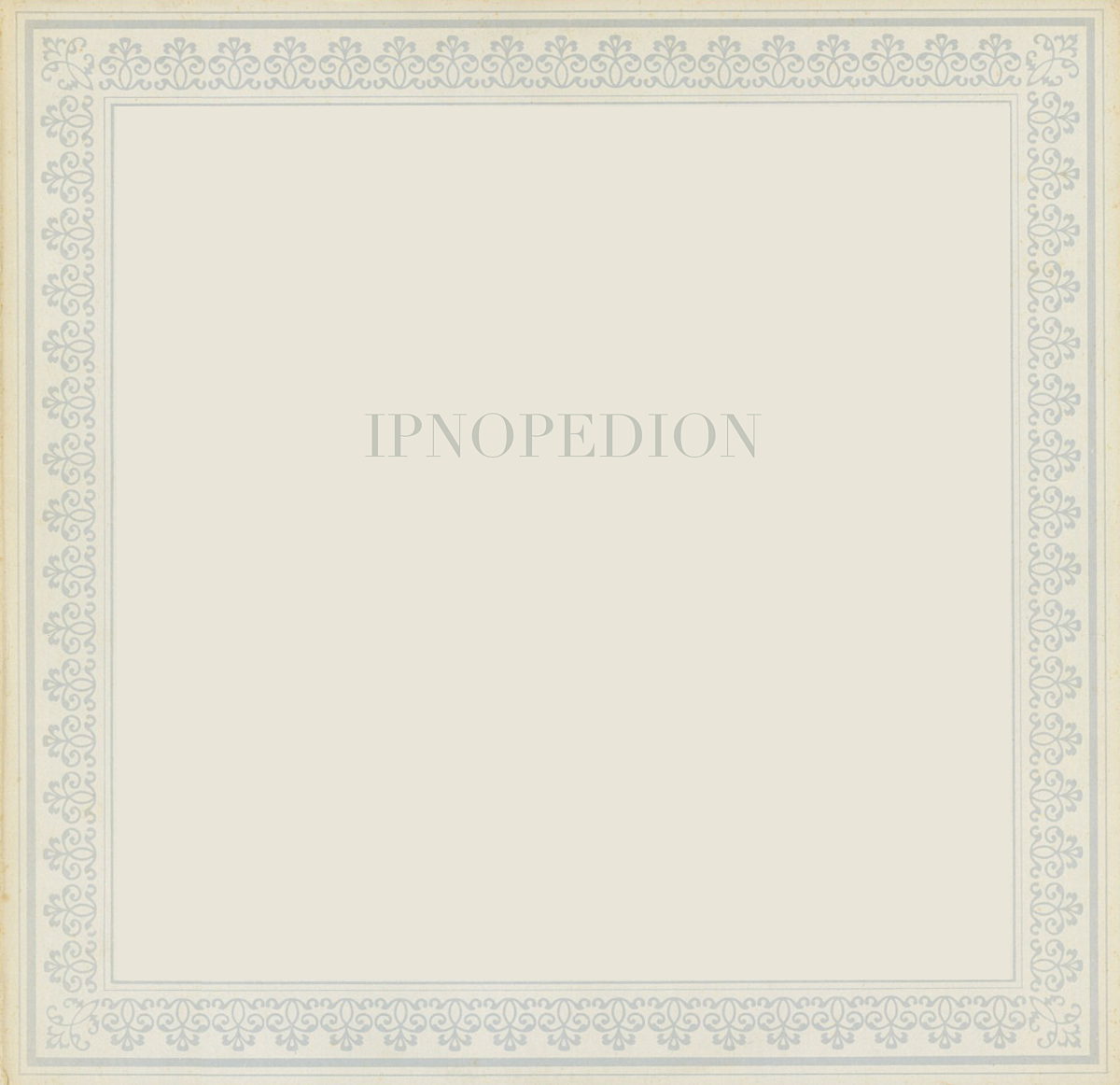 On the frigid moonless night of December 6th, 1978, a 26 year-old night watchman named Pier Zanfretta was on a routine patrol in the village of Torriglia, where he stumbled into a horrifying encounter with aliens from Taetonia. In order to get more clarity about what happened that night Pier Zanfretta agreed to undergo hypnosis, to let his subconscious speak about his abduction by these aliens. As his discours under hypnosis sounded uncannily musical and mesmerizing, even without understanding the words, it became the basis of this Ipnopedion album.

For the recording of the title track Ipnopedion (side 1) Zanfretta’s speech was played back on headphones, then phonetically reproduced by FC and TVL, lying down in darkness as being hypnotised. Apart from this transposed text only piano and a few hypnosis inducing atmospherics and spatialisations were added. The Taetonia track (side 2) opens with a naieve and enticing piano play slowly being beamed into a vacuum void towards Taetonia. As Zanfretta’s words were vague it remained unclear what happened in Taetonia but things certainly had changed… Ipnopedion became a ritual invitation to withdraw from the concrete world, returning to it as uncanonical aliens from Taetonia.

Music and performance by Frederik Croene.
Sleeve design and concept by Karl Van Welden.
500 unique numbered copies on 180 gram vinyl.
Each sleeve has a different ink imprinted tire track.
One wheel of the car drove into ink before imprinting a tire track on every blank sleeve used for the album cover.
Meanwhile Frederik Croene played the Cul de Sac pieces on a piano mounted on the back of the car, thus augmenting pressure, making the imprint more clear.

“His expressive concentration at the keyboard is worthy of Sviatoslav Richter broaching a Beethoven sonata. Yet irony pervades the late-flowering romanticism and spumy surges of the opening movement of this solo excursion. An anachronism, like Don Quixote rewritten by Pierre Menard in the well-known story by Jorge Luis Borges, a faithful replica but out of joint with its time. Croene has put a deconstructed piano through its paces on a previous release, yet here the reconstituted instrument beckons to its own golden age. On the sleeve he identifies his own striving for virtuosity as a symptom of yearning for lost accord with the natural world. The second movement finds such nostalgia dispersed through cycles of languid repetition, while the third steers his diminished creative drive towards a conceptual dead end.” — The Wire, July ’19 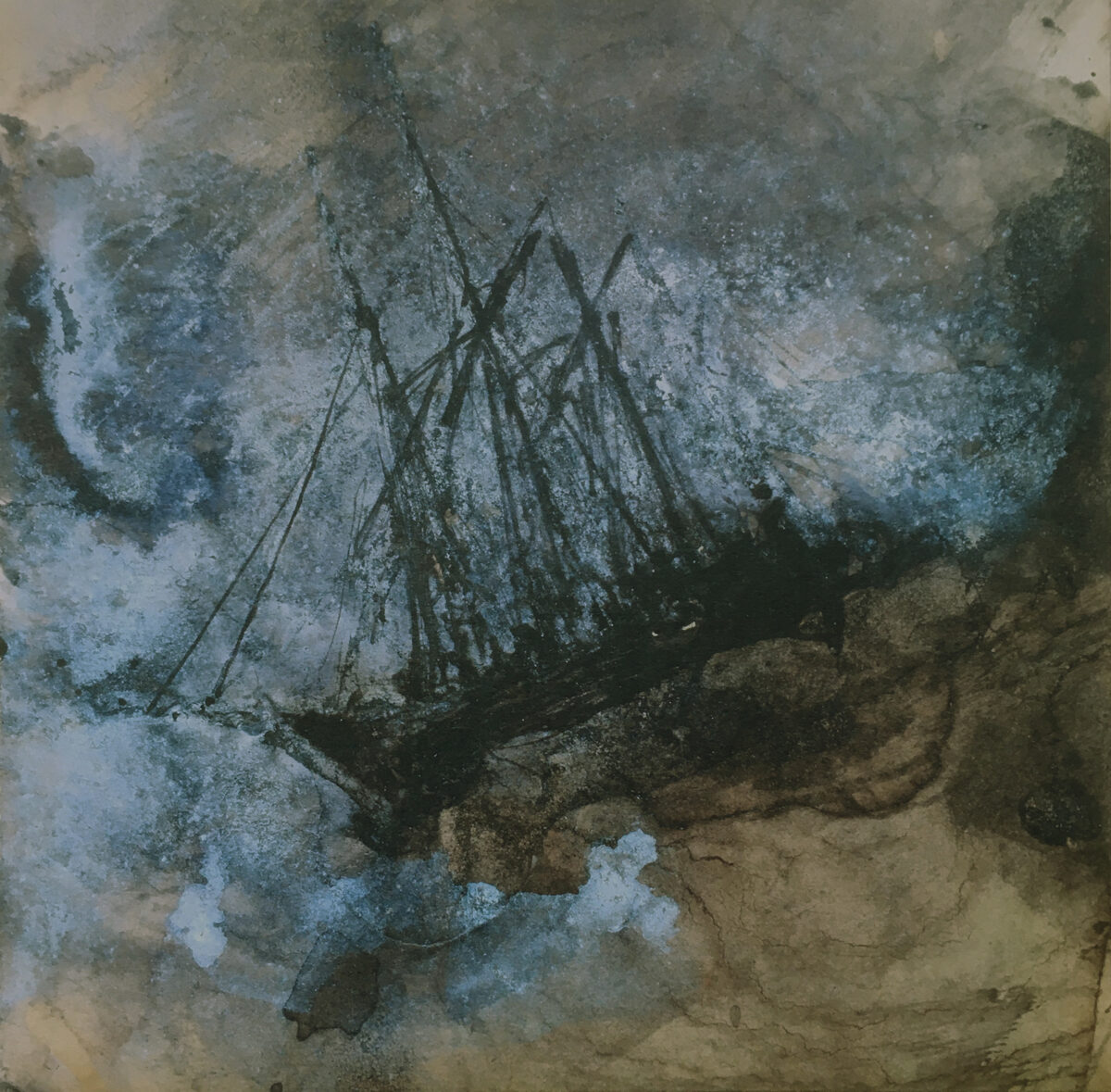 In 9 sequences Fortune de Mer describes the power and beauty of dramatic fate, the irreversible. Like a clause of force majeure, an unforeseen one way trip to the desperate bottom. After losing the long battle nothing is left, only acceptance and resignation.

Album concept by Karl Van Welden.
Composition by Frederik Croene, Vincent Malstaf and Karl Van Welden.
Music performed by Frederik Croene on an automated piano (1969, Kawai S-500 with QRS).
Recorded and mastered by Yannick Willox.
Album advice by Dirk Deblauwe and Timo van Luijk.
Graphic design by Dirk Deblauwe.
Produced by Metaphon and wpZimmer.
Coproduced by C-TAKT.
Thanks to the Royal Observatory of Belgium.
With the support of Wilde Westen.

In MARS II Karl Van Welden explores the impact of volcanic ash on the performance of pianist Frederik Croene and the sound he produces, playing on an automated piano. MARS II examines a moment of catastrophe and the pianist’s reactions to drastic changes in his environment. At the outset, volcanic ash particles fall gently and harmlessly. After a while, the amount of dark volcanic ash raining down on the musician and his instrument increases exponentially, slowly but surely transforming the sound and the image. An exploration of the contrasting effects between a moment of bliss, the strike of disaster, and its aftermath. 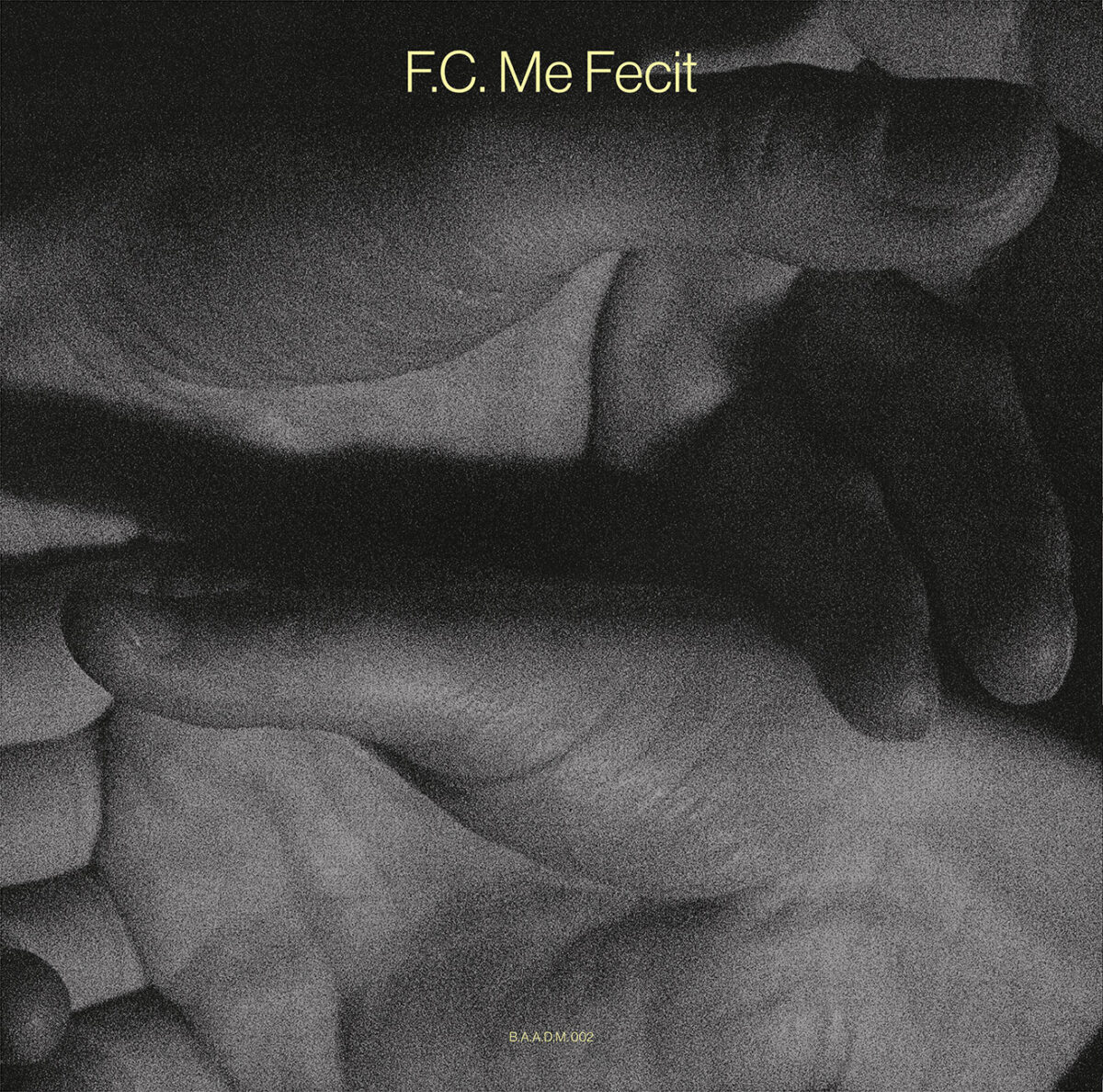 The reciting of vows, the exchange of rings, the nuptial blessing: the Catholic rite of marriage centers around well-structured passages of a sacramental nature. When Frederik Croene was asked to rethink the musical settings for a wedding mass of a couple of friends, he got intrigued by the challenge of playing the Van Peteghem organ at St. Peter’s Church in Gent. The family of its creator Pierre Van Peteghem was famous in the Romantic period for their exquisite organ constructions.

Impressed by Croene’s exploration of the Van Peteghem organ, B.A.A.D.M. invited him to return to this massive instrument for a recording of his battle with the registers of pipes and pedals. F.C. Me Fecit is the result of hours of variations high up in the organ loft of the St. Peter’s Church. Recorded during stormy weather, this album reflects the different moods instilled by the idea of an eternal alliance between people. Alternately connecting and disconnecting with the organ, Croene’s polluted chords unfold a world of archaic aesthetics and romantic ambiguity.

In the split universe of both album sides of F.C. Me Fecit (a deliberate wink to artistic mastery), Croene tames the organ and puts you under its spell.

Le Piano Démécanisé is a vinyl album with music played on a dismantled piano. The release of the album goes in tandem with the publication of the new issue of rtrsrch magazine, in which Frederik Croene presents the text accompanying the LP. 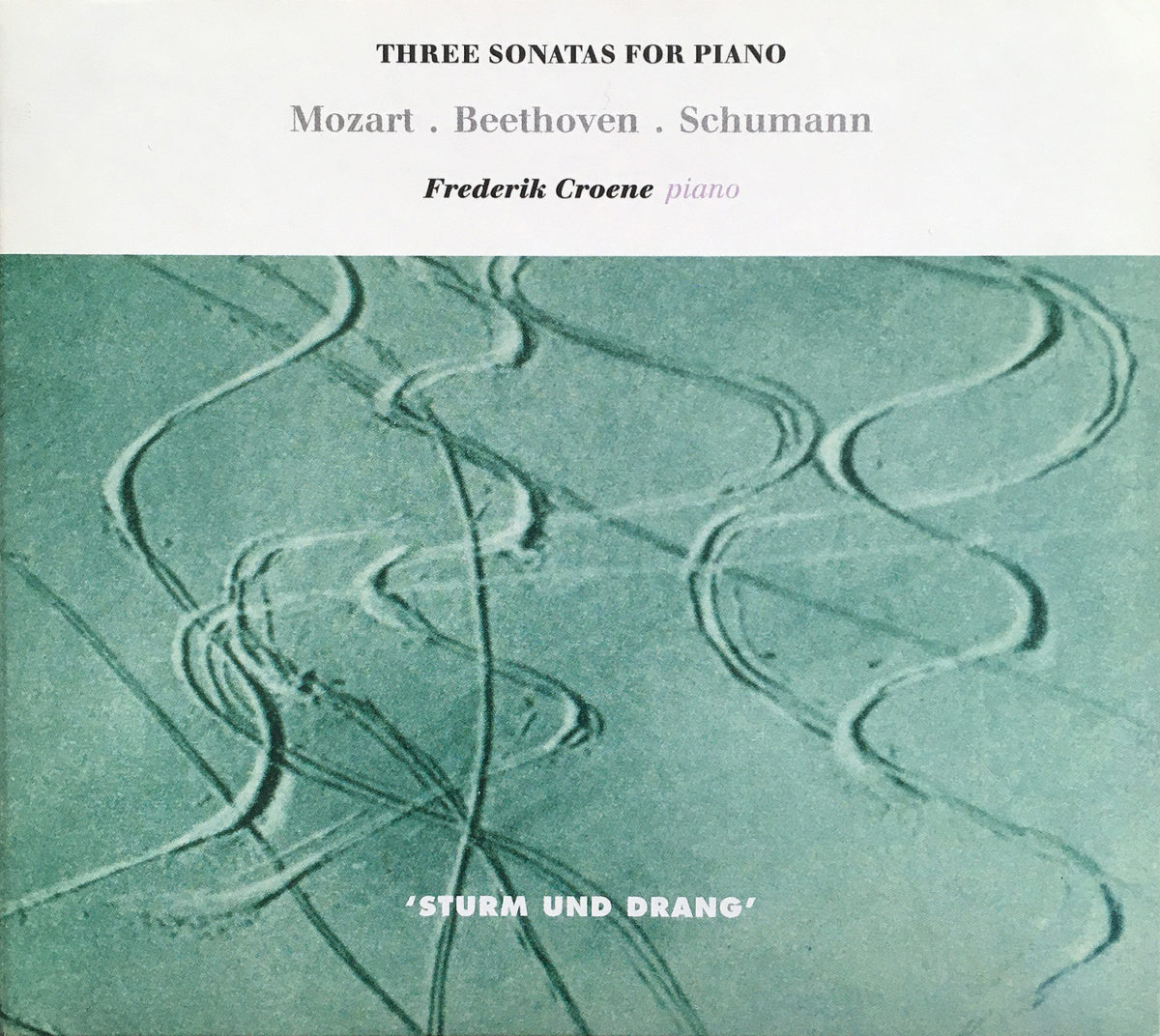 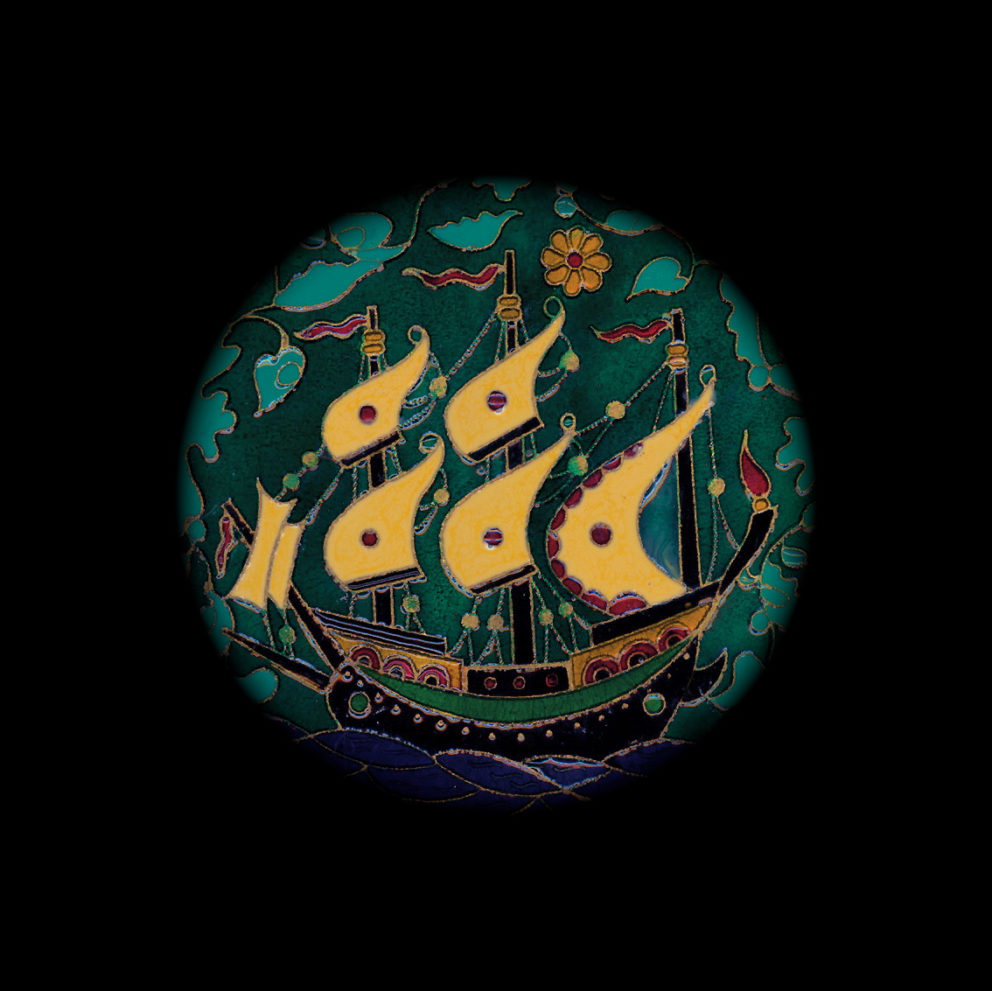 “The work that involves Timo van Luijk is always presented in the best possible way. No pennies are saved to make sure the listener has something great (literally in the shape of a LP) in his hands. No cheap, easy CD, but a small piece of art. Not that these art pieces provide you with much information. Voile Au Vent for instance just states the names of Van Luijk and Frederik Croene, when and where it was recorded and the name of the label, but nothing much else. Of Van Luijk we know he plays trumpet, electronics, toys and such like, and Croene, we learn somewhere else, is a piano player. Over the years Van Luijk has moved in his solo and collaborative work towards more traditional forms of improvised music. While he is responsible for the electronic part of it, always loose and free, waving just above the ground, the other player, a pianist in this case, places both of them on the ground with his playing. Although I must say that it seems to me here that Croene is also using electronics in his music. Four pieces are played here of which one … Pour Que Le Vent … has a regular rhythm of some kind, and is the most worked out, i.e. composed piece of music, it seems. But all four pieces are equally great I think. A remarkable outsider record, of someone who doesn’t care about trends and such like.” — Frans de Waard, Vital Weekly 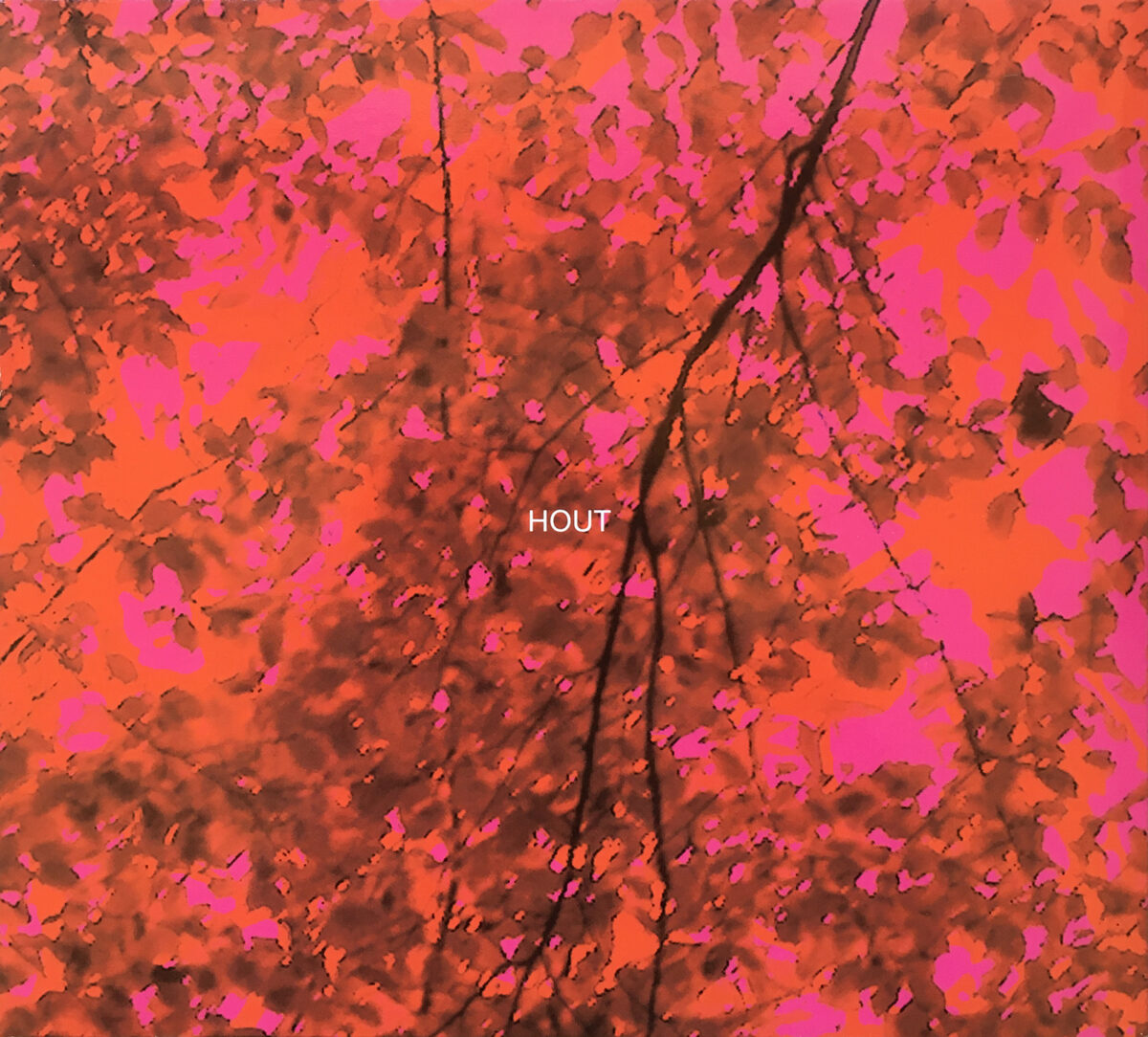 “Are there forests on other planets, transmitting sound waves through the blackened cosmos? It seems like a silly question I suppose, but after listening to Frederik Croene and Esther Venrooy's masterwork, Hout at least two dozen times, I'm left wondering. The eleven compositions that make up this 48 minute album are drenched in a wash of processed, organic sounds. It's a delicate balance that these two handle perfectly. Croene's playing is magical. He is alternately harsh and delicate, blending the two modes in a way I've never heard. Just when you start to feel a warm embrace, he smacks you with an icy anvil. The transition from Grey Alder to Test Transmission is the best example of this. I love it. He's a wizard, concocting sounds and spells like I've never heard. Highly recommended.” — Brad Rose 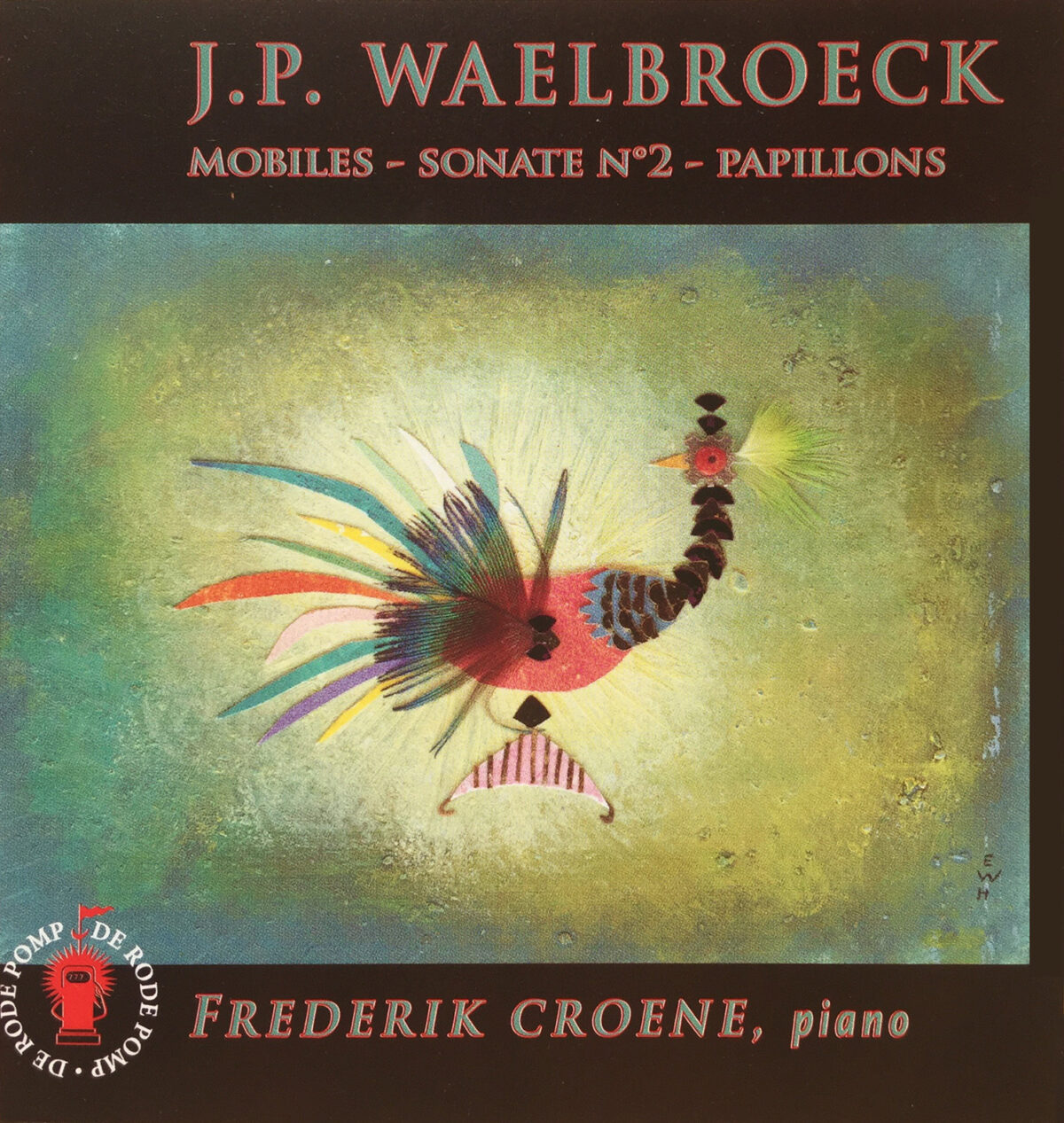 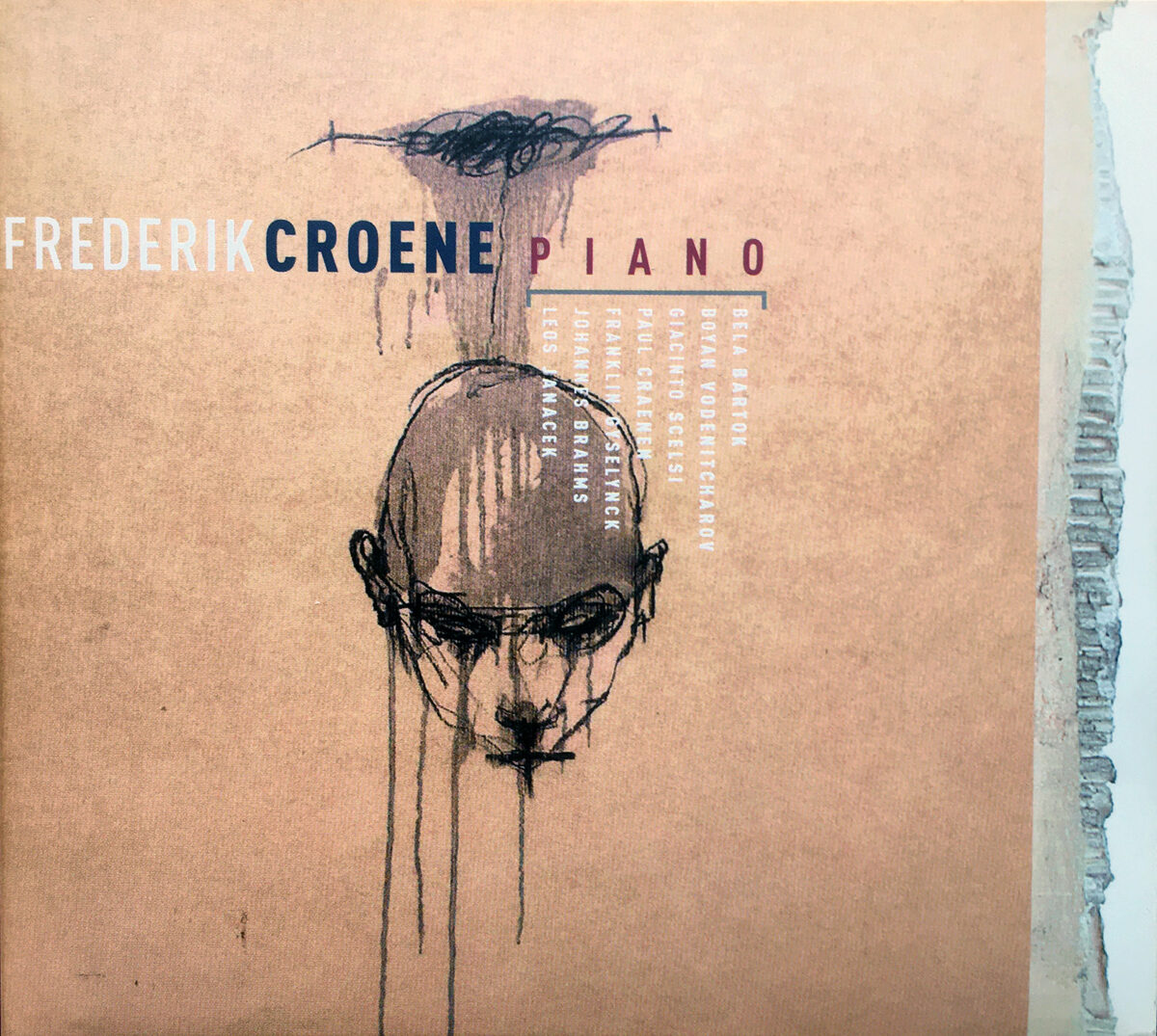 A text I wrote in August 2022, the liner notes for the LP release Solastalgia.

Written for the insert of the LP Cul de Sac. An autobiographical account of the motivations leading to composing and publishing this concept album.

This text was part of a performance with Le Piano Démécanisé and Tiptoe Company: La Séance Inutile.

Mars II, about the score

Written for the booklet that goes with the Mars II double LP.

A text about the Roll over Czerny project: a crossbreed between the non-musical mechanical etudes of Carl Czerny and Le Piano Démécanisé. Published in Experimental Encounters in Music and Beyond by Orpheus Institute. Leuven University Press, 2017.

Interesting review in The Wire and 4*reviews in De Standaard, De Morgen & Humo